Within the relatively new world of the sport of winging their have already been lots of changes; companies second and third versions of their hand held wings, companies having inflatable and hard boards and more hydrofoils than you could ever count. Although the name has yet to stick, we are starting to see some trends for people just getting into the sport or looking to develop their skills.

People looking for kit can be split into a few sections and knowing where you enter the sport is going to give you most chance of getting the kit that will help you develop your skills and get the most out of the it for the longest period.

Complete Beginners – People new to sports on the water

Fast tracked beginners – People who have experience with sports afloat

People wanting to get into the sport with no background in any sports on the water probably need to start out with just a wing. Ideally then they can practice on a SUP or a longer cross-over board (sup/wing/windsurf foiling board), ideally with some extra fins or daggerboard to help with upwind progress. The more stable you are on the board the easier it will be to learn skills with the wing.

The board should have at least 40+ litres of excess buoyancy:

Rider weight in Kgs + 40 = Board volume in litres.

As a complete beginner into the sport and not being used the wind powering your along then it may not be the best bet to jump on a board with a hydrofoil on straight away. Learning some of the basics like controlling power, steering, maintaining ground up wind and self-rescue will be easier to learn without having a hydrofoil trying to buck you off. Learning these skills will make you more confident on the water which in turn will make life easier to learn new skills as you won’t be worried about how you will get back to the beach.

Once your confident winging around then getting your 1st hydrofoil will make the sport faster, more exhilarating and less effort. To make life easier to learn the art of flight you will want a low aspect foil that is stable and creates lift at low speeds. A low aspect foil compared to a high aspect will be narrower from side to side and wider from front to back. These foils will create lift at lower speeds and be relatively stable once up and going. These foils will take you from your first flight to cruising around as well as your first foiling turns, catching waves and learning to pump the foil (powering the foil to move without using the power of the wing).

Your weight will affect how quickly the foil will rise up and as such you will need a bigger foil for someone who weighs more. A smaller person may find that a really big foil will get them up and foiling really early but they will soon find that they may not be able to hold the foil down and in turn they will have less control. As a rough guide the table below will an outline for foil size for starting out foiling on a wing.

The ideal wing for someone at this beginning stage will be between 4m – 5m depending on riders’ weight - kids may have to go down to a 3m. The wing should be light and small to make sure the wing is easy to manoeuvre and in turn over, these characteristics will also minimise wing tips catching on the water when learning to control the power of the wing. Wing size will vary on rider weight but also local conditions. If intended use is on sheltered waters then going for the larger size may be suitable but if somewhere exposed to lots of wind going smaller will help.

Fast tracked beginners – people who have a good background in sports on the water especially kiters and windsurfers.

People wanting to learn to wing and wing foil who already have a background in water based sports especially wind powered sports will probably find life a little easier to learn and should be looking to get kit that they can learn and progress on. Proficient windsurfers who are used to standing on boards that sink at slow speeds are going to find a smaller wing board relatively easy and may find that they can go for a small board sooner.

Boardwise they are going to need something they can stand on whilst displacing water at non foiling speeds whilst they learn how to control the wing and learn to maintain ground upwind whilst non foiling – learning how to self-rescue at this stage is still advisable. Roughly this will work out as:

With the smaller narrower boards on the market the volume will be closer to you and this will make a board wobblier than a longer/wider board of the same volume. The flip side of that is that as you progress having a smaller board, where everything is closer to you, will mean the boards swing weight will be reduced in turn this will make the board easier to carve and then bring back to an upright position like you will do as you learn to gybe and tack whilst still foiling.

There is a big market for cross over boards and inflatable boards which can do the job to learn on and get you progressing. A cross over board ( a board that ticks the boxes for multiple sports SUP, SUP foil, Wing foil, windsurf and windfoil) will always be heavier due to the extra fin boxes and more reinforced areas but the multi discipline access will appeal to many. Some of the inflatable boards will also tick the boxes for multipurpose use, where they will loose a bit of performance is in their rigidity, many of the companies have been working on this by keeping boards really short and gaining volume in their thickness, this will only increase stability a little due to the small outline of the board. The storage space and ease of transportation needed for an inflatable board will be another big draw for some.

Wing sizes will vary on riders weight but also on their local wind statistics, if they are over 85Kgs and going to be learning on a sheltered lake then a larger wing will suit as they will need power to get the board up to a speed that it can foil. If learning somewhere that is prone to larger chop, swell or wind then a smaller wing will make life easier as it will be much more manoeuvrable.

Pretty much every manufacturer has now have developed their wing and released or will soon release a second or third generation.  The newer wings are packing a lot more punch than some of the first released versions and allows riders to get going in less wind. As well as being more powerful they are more stable which improves control across their wind range.

People who already have a degree of foiling under their belt should find that this newer version of flying is not hugely different. If they come from a wind powered foiling background (kitefoiling or wind foiling) then there are a lot of similarities, if they come from a SUP, prone or wake foiling background then there may be a little work to do with getting to grips with a new source of power – The Wind – but the actual foiling part will be exactly the same in terms of balance, control and steering.

The foil you already own may do the job to get you winging. Depending on its size and your foiling ability there may be no need to get a new foil. You will still want something in the 1500cm² range and the bigger you go the more light wind capabilities you will have. Anything under that 1500cm² will still work but you will need a bit more power from you wing to get you up and going.

Board size should be as small as they can get away with. Having some spare volume in the board will make it easier to get going on those lighter wind days and also give a bit of confidence that you can paddle back easier not sink if the wind drops.

Choosing a wing for what you want to do is going to start playing a part in wing selection. Many of the brands will have multiple wings for different aspects of the sport.

As you do more winging you may want to get out in a bigger range of conditions and this is when your quiver of wings will need to start getting bigger. Having between 1 and 1.5 meter gap between each wing should get you enough wind range out of each wing without having too much crossover.

Outright Wingers – people who are winging around enjoying the sport.

Intermediate and advanced wingers will probably look for a board that will either be neutrally buoyant or negatively buoyant, these boards will be harder to get up onto the foil and will need more wind to make that happen but the boards will be light, really manoeuvrable and much easier to jump. Boards that are negatively buoyant will usually require a different approach when it come to getting going and up onto the foil – they will also likely become a high wind board. Neutrally buoyant boards will just about support your weight and once moving will improve on stability – they will still require more input from the rider to get going in light winds.

The hydrofoil you learnt on may now become your light wind foil and you may want to get something faster, more agile, or maybe something that glides further. A smaller foil will have less drag and therefore a higher top speed but your other option at this stage is looking at higher aspect foils (High aspect will be much wider from side to side and narrower from front to back). These foils are more efficient and produce more lift than a lower aspect foil. If you had a low aspect foil and a high aspect foil of the same surface area then the high aspect foil will produce more lift and have a higher top speed. Where these high aspect foils loose performance is their manoeuvrability especially in the bigger sizes - their width just reduces their ability to turn as easily.

Overall this new sport has really entered a world of its own, no longer seen as an in between of kiting and windsurfing. There have been a few competitions in both racing and freestyle and the boundaries are being pushed on an almost weekly basis. The nice thing about it is that it can be what you want it to be. Once your up and foiling you can go cruising in flat water and then on the same bit of kit you could go and do an epic down winder or surf some waves or even dabble in a bit of freestyle. Whilst the dedicated kit for each aspect of the sport will undoubtable make your session better you can enjoy all aspects of the sport on the foiling kit you have. 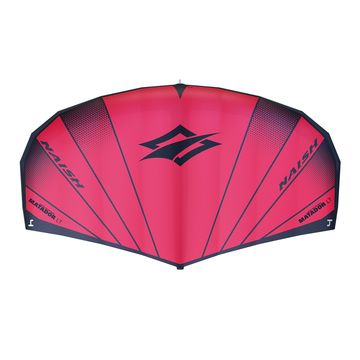 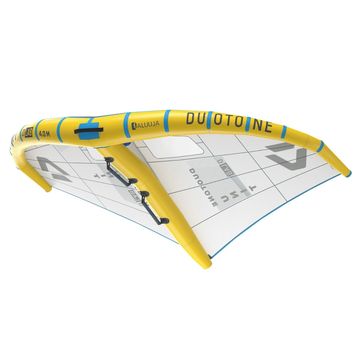 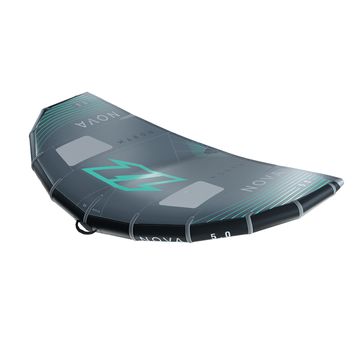 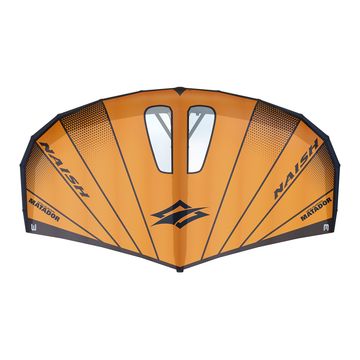 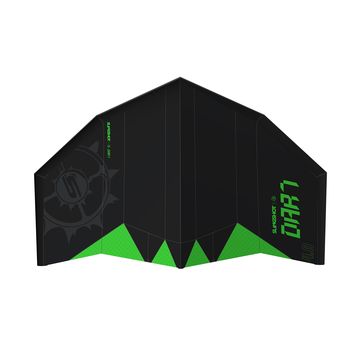 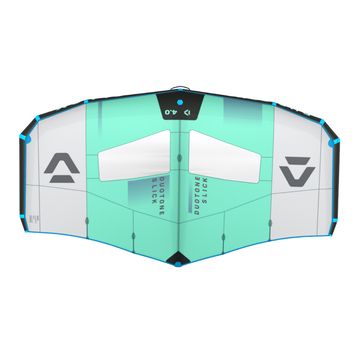 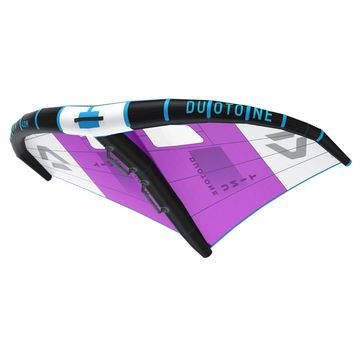 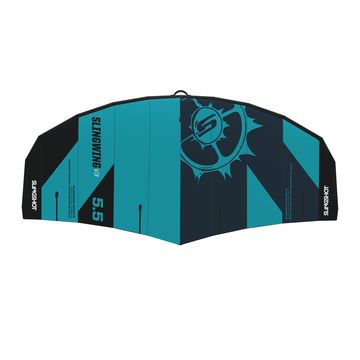 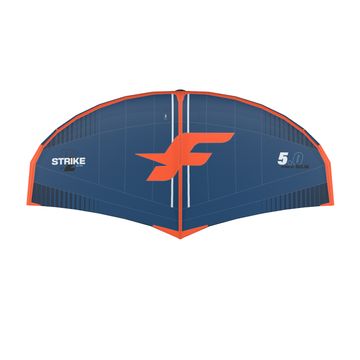 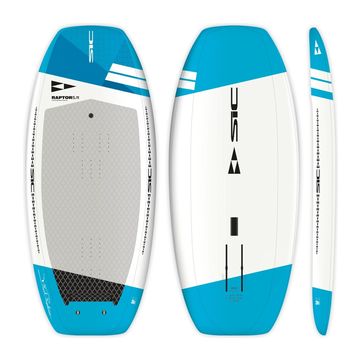 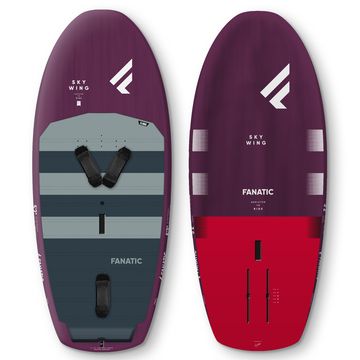 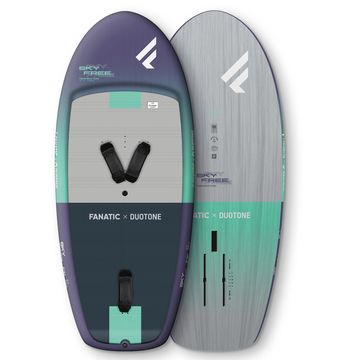 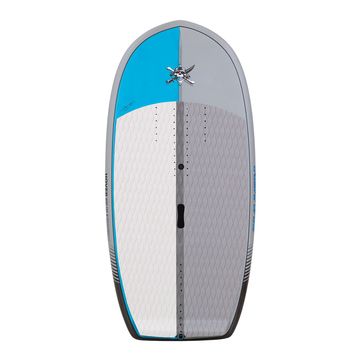 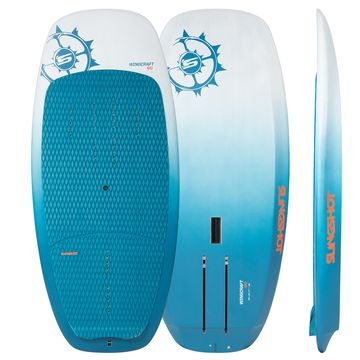 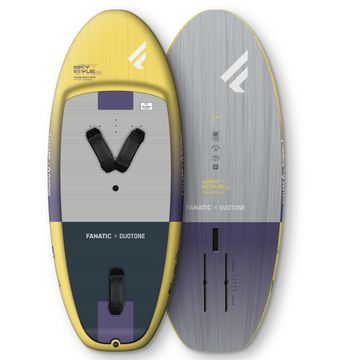 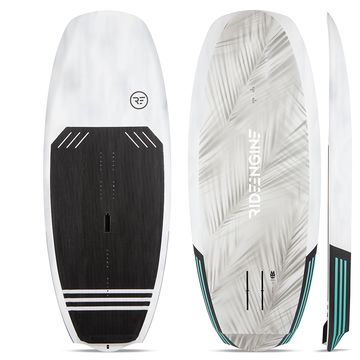 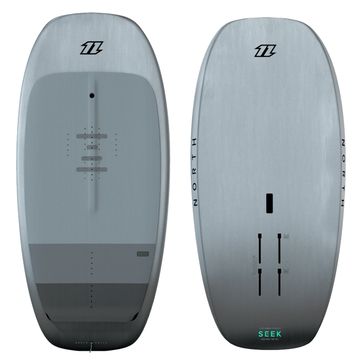