The Intuitive Response System (IRS for short), is a new revolutionary pulley-less bridle system that combines a “Direct Drive Bridle” and a “Suspension Displacement Bridle.” The combination of these two advancements act as a shock absorption system and distribute tension properly to where it’s needed; much like a shock would do for a bike or car suspension system.

PLEASE NOTE DELIVERY WILL BE THE END OF JULY 2016

The new IRS Bridle is a bungee system that not only eliminates pulleys, but also eliminates the lag time that results from the pulley having to travel fore and aft along the bridle line. Riders will notice a huge improvement in the kite’s stability with immediate and smooth feedback.

The IRS bridle is not the only improvement on the new RPM, we are also introducing our new “One Pump Speed System.” You will find the system dramatically reduces inflation time so you get on the water faster and with less effort. Other improvements include our bomb-proof construction with a all new diamond leech trailing edge construction and new DP 175 Dacron leading edge and strut material. These added features compliment our proprietary tri-tech protection making this the most durable RPM ever.

THE INTUITIVE RESPONSE SYSTEM (IRS)
This intuitive response system auto tunes the bridle by using suspension technology. The IRS differential self-adjusting switch tunes the LE to the provide the optimal shape throughout every angle of attack. This provides a bar feel that is intuitive and delivers ultimate rider control. The IRS's responsiveness delivers the rider unmatched controlled power for any turn or maneuver.

ONE PUMP SPEED SYSTEM
The RPM now comes with our new "One Pump Speed System." You will find the system dramatically reduces inflation effort during setup and speed at take down time. Other improvements include details in our legendary bomb-proof construction with an all new updated diamond leech trailing edge construction, accompanied by a our DP 175 Dacron leading edge and strut material. These added features compliment our proprietary tri-tech protection, making this the most durable RPM ever. 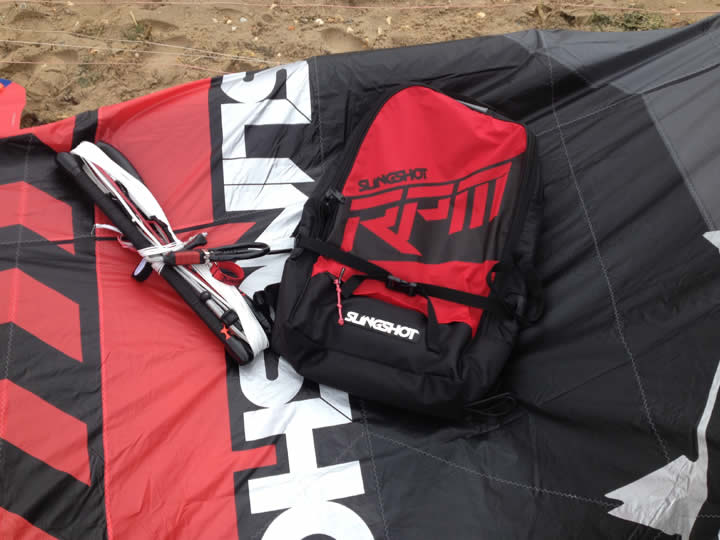 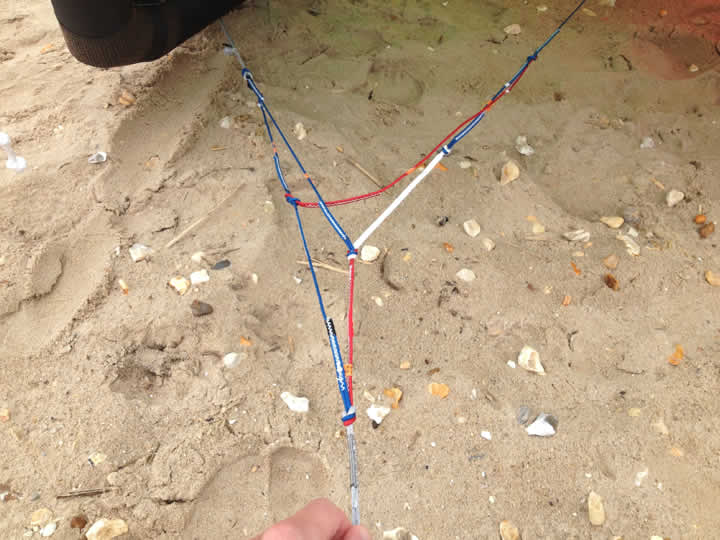 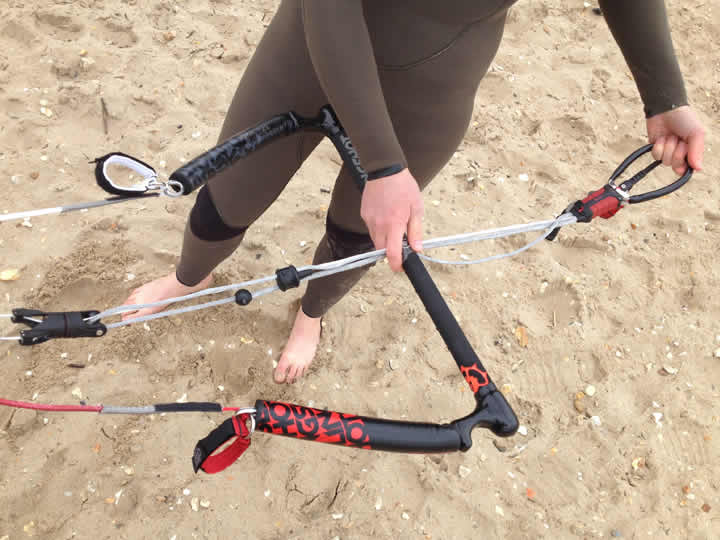 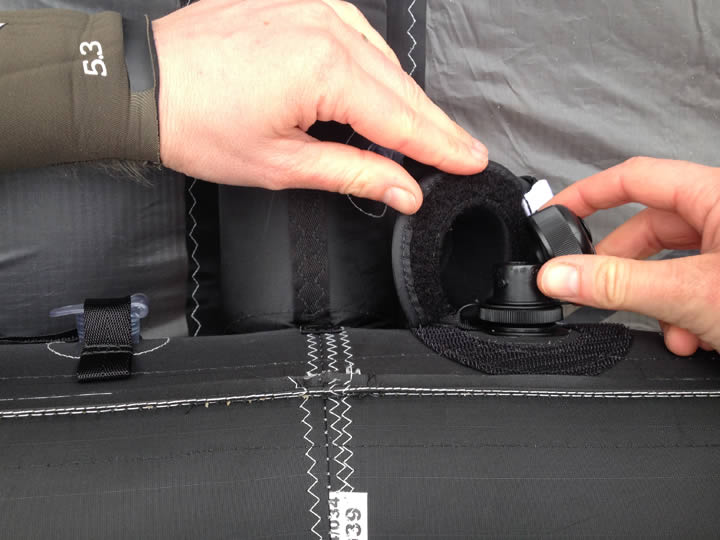 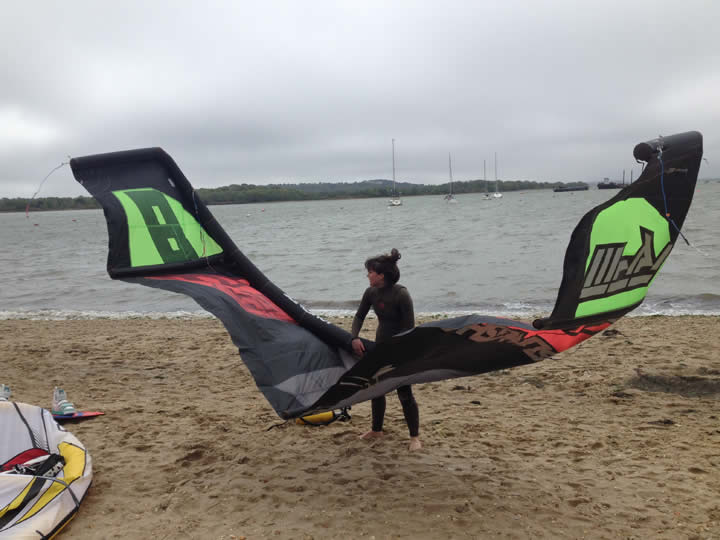 Having tested the new 2015 10m RPM for a few sessions in far from perfect conditions: Well, Really Pleased Mate (RPM). Slingshot has genuinely made the RPM better than before.

The New 2015 RPM has a new larger intake valve. Big thumbs up! 50% less effort to pump up. It certainly seemed that way. Little more to say about it. The nonstop valve works perfectly and kite setup is quicker and less effort than before. All great stuff!

Similar if not the same visual design as 2014. The colours looks great, the design still reminds me of the computer game Wipeout – Quite apt! Looks great, great colours, what more do you want?!

There have been notes that the 2015 jumps bigger than previous models. I was certainly getting some big air during testing but in such variable conditions as they were, and without a 2014 to compare back to back, it’s hard to honestly say. I suspect it does indeed jump a bit bigger and floats that little longer than previous models – Great!

It isn’t the best jumper out there and probably never will be – it’s not far off though and it does just about everything else better – Obviously, IMO.

Having personally suffered from caught up pulleys on the bridles during self launches, I’m happy to report this issue has been resolved. No pulleys equates to no pulleys getting caught, it’s that simple. This of course means no wear on the bridles at all, more good news. Slingshot have replaced the pulley with a simple bungee cord. Time will tell how long this bungee will last before needing replacement, but, it’s certainly going to be less cost than a new bridle if it does break and whatever that cost, it’s worth not having the pulley issues as noted above.

If the bungee does break you will simply lose the suspension in the kite, it won’t dramatically fail in the way a broken bridle will. All in all, less wear n tear and thus more confidence in equipment for a longer period of time. Good work Slingshot and the new 2015 RPM is most welcome.

You know when you approach a traffic light and it turns amber but you are too close to stop but you will almost be running the red if you continue. Then, by the time you’ve had a little chat with yourself about whether to stop or not you’re through the lights regardless…

So, I spotted myself a nice wave, cranked up the speed, and, as I was just about taking off; a guy crashed out 50-100meters or so downwind. Having just committed myself to go big I started a little chat with myself over whether I was about to land on that guy or not. Having now had this little chat I was at the top of my jump looking down at the guy in the water, the conclusion was quite clear at that point – “it wasn’t safe to jump”…hmmm… now having zero chance of looping my kite back round (ok, I could have gone the other way but hey I was busy having a little chat with myself…). I simply had little choice but to go down like a big sack of shit. Owwww!

Of course, having not looped the kite it was now overhead, inverting and heading to the water. Bhammm! A wave wraps the kite around like a bow tie; with a grab of the line, the help of another wave the kite was back round the right way. A quick grab on a centre line the kite flipped over and launch it did indeed. Unfortunately, (and remember were talking a couple of seconds for all this to happen), the stopper ball had come right down through all of this.

Now in a hot launch situation, the kite ripped me out of the water and dropped me hard on my chest now skimming along towards the rocks. A quick bit of kite control (it was overdue) and I skimmed away from the rocks. Few. New RPM survived a nose dive, a bow tie, a couple of waves, relaunched quickly. Kit and rider live for another moment of traffic light/landing on a guy’s head roulette :)

Issues (there is always room for improvement):

There is still the issue of the bar that seems to be more of an issue for a mad spinning/looping nutter like myself than most. I just still seem to be able to eat my way through the main power rope in a few sessions and break it soon after! IMO there is still work to be done on the bar. I for one also preferred the double holed leash point from the 2013 Comp Stick, it just made life easier.

Having tested out a new Cabrihna kite on the same session, it reminded me how much better the Cabrihna line spinner is being below the bar. The main issue with the Slingshot line spinner is that it is only just about in reach to a 6ft man with a +2 APE INDEX, that’s me. I can only just reach it when the kite is fully powered (i.e. the spinner is furthest away). Other guys who are not so tall or monkey like simply can’t reach the thing. One of my mates removes the spinner completely, it’s of no use to him (counts rotations one way, counts the other way – feel for him – come on Slingy!).

Slingshot lines are great; they just don’t seem to tangle during setup. The inner lines are the thickest of any kite (that I’m aware). I have yet to snap one of the fat lines, shame the same I can’t say the same about the thinner lines! The slingshot bar is what I’m used to and feels very solid to me but not in a cumbersome way. However, the Cabrinha bar feels just the opposite, cumbersome but far from solid – having seen a couple snap in two in the past they make me nervous! Other than the ‘below the bar’ un-twist feature I for one prefer the Slingshot Comp Stick. I will continue to put up with main rope replacements for now…I really do hope Slingshot continue to develop the Comp Stick.

I am not yet sure if the following problem still exists, time will tell, I expect it does. I am sure the release of the 2013 RPM had mentioned some additional material around the tail/attachment points on the kite. If you ride on the higher bar power settings and loop the kite a lot you end up with a slight wear n tear on the strut material by the line attachment points – This is due to the lines rubbing on the kite. I did not see any additional material on the 2013’s nor the 2014’s and not on 2015’s either. So, I assume that this is still an issue? Keep an eye out on this area of the kite and if you see any wearing, add a patch to that area.

Compstick 2015 6/10 (If your abilities don’t include multiple spins/loops etc then consider this score to be a 9/10 for sure) Due to the amount of de-power ropes I have changed I can’t personally give the bar a higher rating than 5. (Angle that hole Slingshot – less rubbing!). The line spinner requires assistance and for many it is unreachable. (Put this below the bar like Cabrihna have done – accessible to all) The thinner lines – Can these not be thicker also? (Personally I’d take the additional weight over the number of standard lines I’ve snapped – again this probably won’t be a problem for the majority of riders).